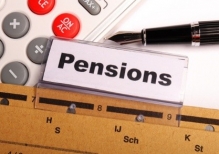 The government will increase the asset test thresholds at which pensions are reduced once the threshold is exceeded, as follows:

Single Person – a full pension may be received if the relevant value of included assets (i.e., assets other than excluded assets) is less than $250,000 for a homeowner (currently $202,000).

Pensioner Couple – a full pension may be received if the relevant combined value of included assets is less than $375,000 for a homeowner (currently $286,500).

Non-home owner pensioners will also benefit by an increase in their threshold to $200,000 more than home owner pensioners. However, the current ‘taper rate’ at which the age pension begins to phase out will be increased from $1.50 to $3 for every $1,000 of assets over the relevant assets test threshold. Pensioners who lose pension entitlements on 1 January 2017 as a result of these changes will automatically be issued with a Commonwealth Seniors Health Card or a Health Care Card for those under Age Pension age.

The government will reduce the maximum value of assets outside the family home a couple can hold while still qualifying for a part pension, from $1.15 million to $823,000. The threshold for single retirees will drop from $775,000 to $547,000. 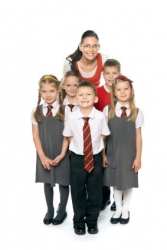 The government will cease payment of the additional FTB (Part A) Large Family Supplement from 1 July 2016. Families will continue to receive a per child rate of FTB (Part A) for each eligible child in their family.

The government will also reduce the amount of time FTB (Part A) will be paid to recipients who are outside Australia. Currently, FTB Part A recipients who are overseas are able to receive their usual rate of payment for six weeks and then the base rate for a further 50 weeks. From 1 July 2016, families will only be able to receive FTB Part A for six weeks in a 12 month period while they are overseas.

A new single Child Care Subsidy (‘CCS’) will be introduced on 1 July 2017. Families meeting the activity test* with annual incomes up to approximately $65,000 (2013/14 dollars) will be eligible for a subsidy of 85% of the actual fee paid per child, up to an hourly fee cap. The subsidy will taper to 50% for eligible families with annual incomes of approximately $170,000 or more.

The CCS will have no annual cap for families with annual incomes below $185,000 (currently the maximum Child Care   Rebate is capped at $7,500). For families with annual incomes of $185,000 and above, the CCS will be capped at $10,000 per child per year. Eligibility will be linked to a new activity test (outlined below) and meeting immunisation requirements.

The CCS will replace the current child care fee assistance provided by the Child Care Benefit, Child Care Rebate and the Jobs, Education and Training Child Care Fee Assistance payments which will cease on 30 June 2017. Additional support will be provided to eligible disadvantaged or vulnerable families through the introduction of a ‘Child Care Safety Net’. In addition, the budget announced the introduction of a new Interim Home Based Carer Subsidy Programme, which is a limited pilot programme to subsidise care provided by a nanny in a child’s home from 1 January 2016.

The activity test consists of:- 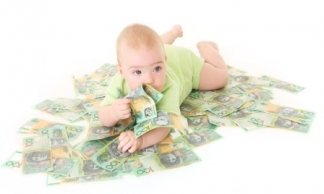 The government will also attempt to crack down on parents who ‘double dip’ on paid leave from both their employers and the government. The government is predicting savings of $967 million over four years by cutting access to some or all of the federal government’s existing paid parental leave scheme from July 2016 for 80,000 new parents.

The scheme currently provides $11,500 to new parents, made up of 18 weeks of leave at the minimum wage for primary care givers earning $150,000 or less a year. However, some parents are also able to access paid parental leave from their employer, if the organisation they work for has a scheme in place. The government wants to make sure workers cannot ‘double dip’ by accessing both schemes.

Changes limiting research and development (R&D) expenditure eligible for concessional tax offset rates to a cap of $100m were introduced as legislation in March 2015. The Budget papers confirmed commitment to the $100m expenditure cap. However, the announcement contains some uncertainty as to the R&D rate.

It is therefore unclear whether the Budget papers contain an error in respect of the reduction in the R&D tax offset rate. We expect the rate and its application to small and large businesses to be clarified in the short term.

NETFLIX TAX TO COMMENCE FROM 1 JULY 2017

The so-called ‘Netflix Tax’ has been formally announced in the Budget but will not commence until 1 July 2017. The focus has been on imported digital products such as movies, music and e-books but it will also apply to services that are provided from offshore to Australian resident customers. The draft legislation released by the Government is limited to business-to-consumer transactions. Business-to-business transactions where the recipient is GST registered will be excluded on the basis that a GST credit would otherwise be available and therefore no additional net GST revenue would be raised by the government.

Under employee share scheme legislation scheduled to come into effect on July 1 employees who are issued shares or options will “generally not be liable” to pay up-front tax on those shares or options.

The budget papers include a few minor technical changes to the proposed legislation including: 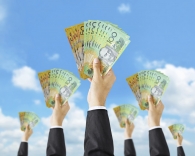 The Government has announced a commitment of $7.8m over four years from 2015/16 to enable the Australian Securities and Investments Commission to implement and monitor a regulatory framework to facilitate the use of crowdsourced equity funding, including simplified reporting and disclosure requirements.

CSEF is an emerging form of funding that has the potential to provide finance for innovative business ideas that may struggle to attract funding under more traditional models. It would allow start-ups and small businesses to raise capital by offering equity to a large number of small-scale retail investors through platforms like VentureCrowd and Equitise.

The measures form part of a suite of announcements designed to encourage start-ups and entrepreneurship by making it easier for small businesses to access the capital they need to grow, whilst at the same time cutting red-tape through simplified reporting and disclosure requirements.